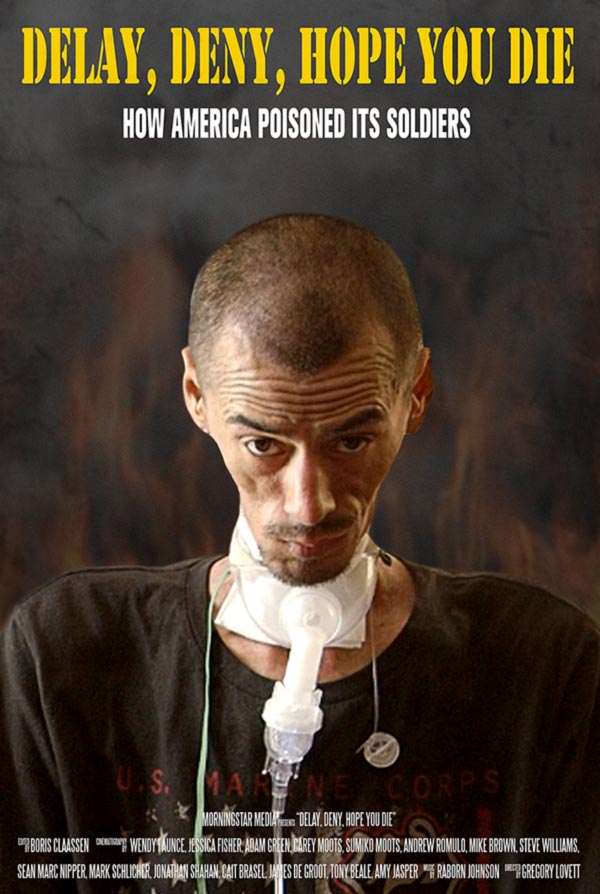 How America Poisoned Its Soldiers

WHAT
A documentary about the Iraq and Afghanistan U.S. military burn pit operation scandal. A burn pit refers to an area in military sites devoted to open-air combustion of waste and, according to soldiers who served there, every type of waste was disposed of and burned, including batteries, appliances, medicine, plastics, dead animals… even human body parts. The resulting pollutants have resulted in numerous health issues among the soldiers who were exposed. Of course, the military vigorously contests allegations of negative health effects.

ABOUT
Having read Joseph Hickman’s book ‘The Burn Pits’, producer / director Gregory Lovett decided in 2016 to make a documentary about this issue. Boris Claassen was attracted to do the post-production. Gregory Lovett is a born American and lives in The Netherlands where the documentary has been produced and directed from. In addition to editing this movie, Boris Claassen provided the film with titles and animations and provided the color grading.